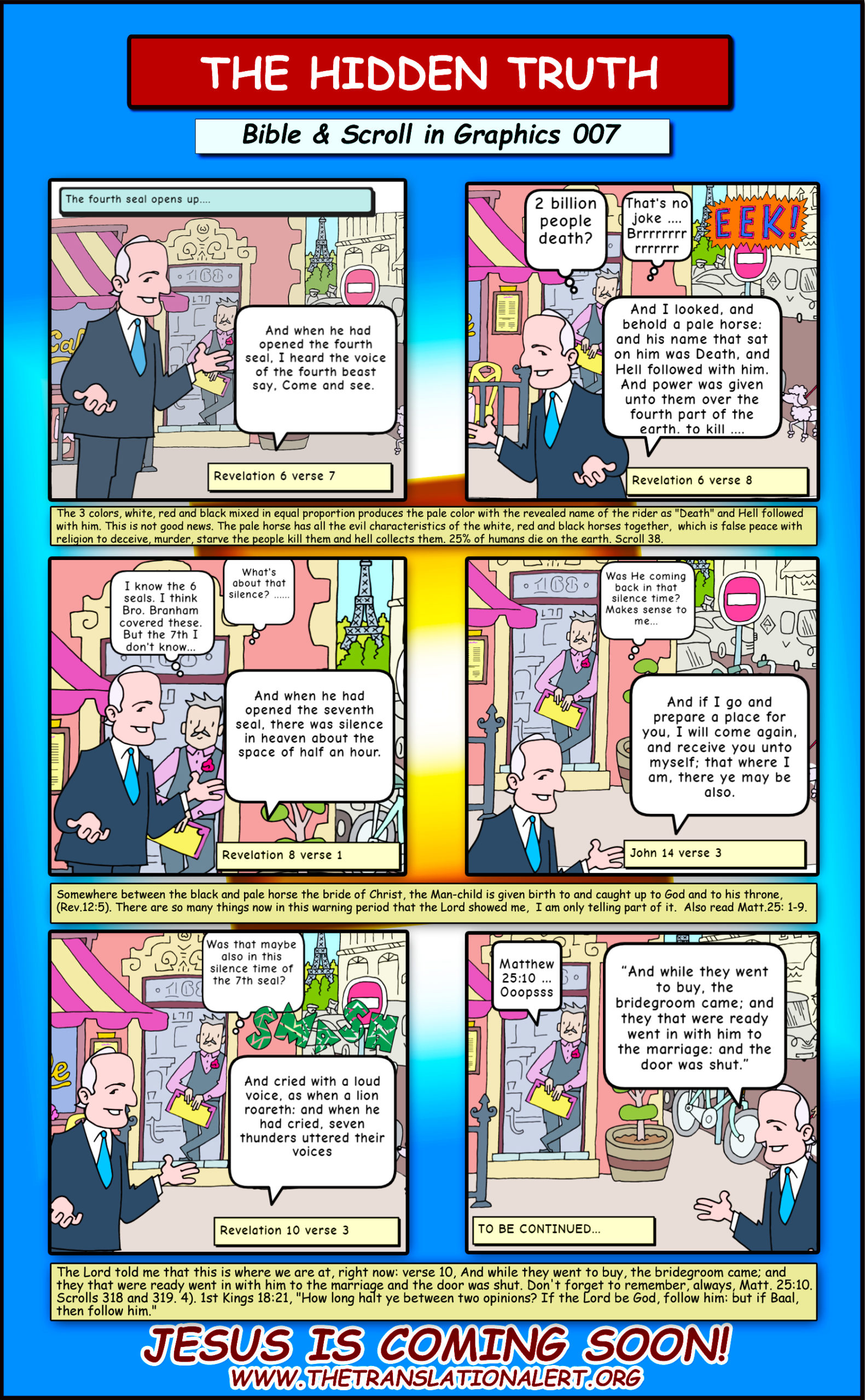 Bible and Scroll in graphics – 007

The 3 colors, white, red and black mixed in equal proportion produces the pale color with the revealed name of the rider as “Death” and Hell followed with him. This is not good news. The pale horse has all the evil characteristics of the white, red and black horses together, which is false peace with religion to deceive, murder, starve the people kill them and hell collects them. 25% of humans die on the earth. Scroll 38.

Somewhere between the black and pale horse the bride of Christ, the Man-child is given birth to and caught up to God and to his throne, (Rev.12:5). There are so many things now in this warning period that the Lord showed me, I am only telling part of it. Also read Matt.25: 1-9.