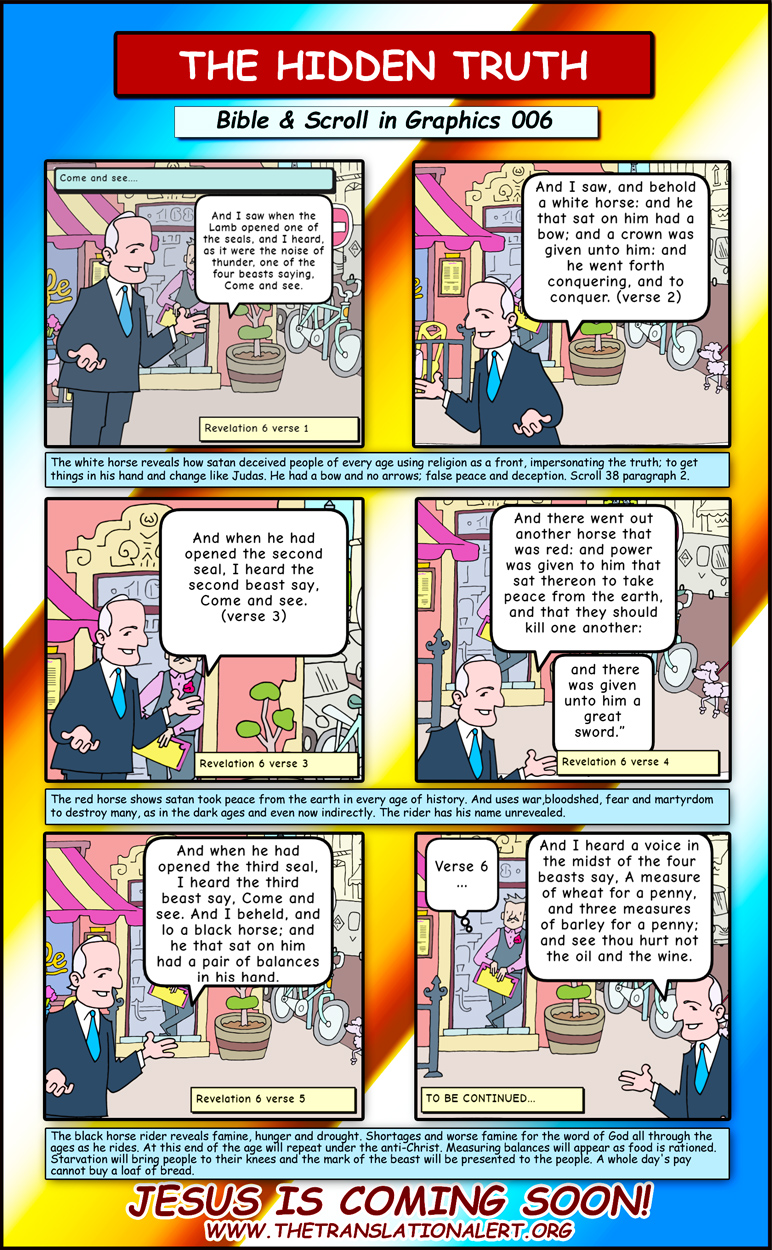 Bible and Scroll in graphics – 006

(readable in all languages)

The white horse reveals how satan deceived people of every age using religion as a front, impersonating the truth; to get things in his hand and change like Judas. He had a bow and no arrows; false peace and deception. Scroll 38 paragraph 2.

The red horse shows satan took peace from the earth in every age of history. And uses war,bloodshed, fear and martyrdom to destroy many, as in the dark ages and even now indirectly. The rider has his name unrevealed.

The black horse rider reveals famine, hunger and drought. Shortages and worse famine for the word of God all through the ages as he rides. At this end of the age will repeat under the anti-Christ. Measuring balances will appear as food is rationed. Starvation will bring people to their knees and the mark of the beast will be presented to the people. A whole day’s pay cannot buy a loaf of bread.