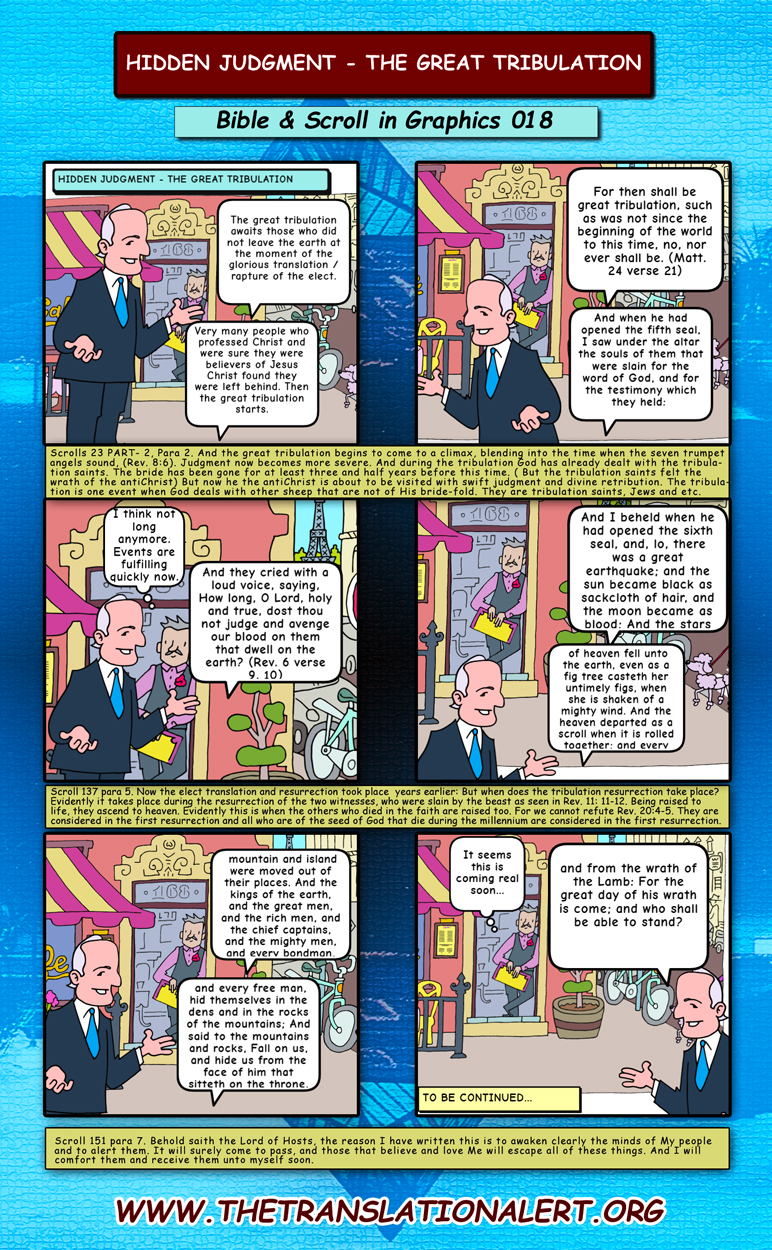 Matt. 24 verse 21; For then shall be great tribulation, such as was not since the beginning of the world to this time, no, nor ever shall be.

Rev. 6 verse 9, 10; And when he had opened the fifth seal, I saw under the altar the souls of them that were slain for the word of God, and for the testimony which they held: And they cried with a loud voice, saying, How long, O Lord, holy and true, dost thou not judge and avenge our blood on them that dwell on the earth?

Rev. 6 verse 12, 13, 14, 15, 16, and 17; And I beheld when he had opened the sixth seal, and, lo, there was a great earthquake; and the sun became black as sackcloth of hair, and the moon became as blood; And the stars of heaven fell unto the earth, even as a fig tree casteth her untimely figs, when she is shaken of a mighty wind. And the heaven departed as a scroll when it is rolled together; and every mountain and island were moved out of their places. And the kings of the earth, and the great men, and the rich men, and the chief captains, and the mighty men, and every bondman, and every free man, hid themselves in the dens and in the rocks of the mountains; And said to the mountains and rocks, Fall on us, and hide us from the face of him that sitteth on the throne, and from the wrath of the Lamb: For the great day of his wrath is come; and who shall be able to stand?

Scroll 151 para 7. Behold saith the Lord of Hosts, the reason I have written this is to awaken clearly the minds of My people and to alert them. It will surely come to pass, and those that believe and love Me will escape all of these things. And I will comfort them and receive them unto myself soon.