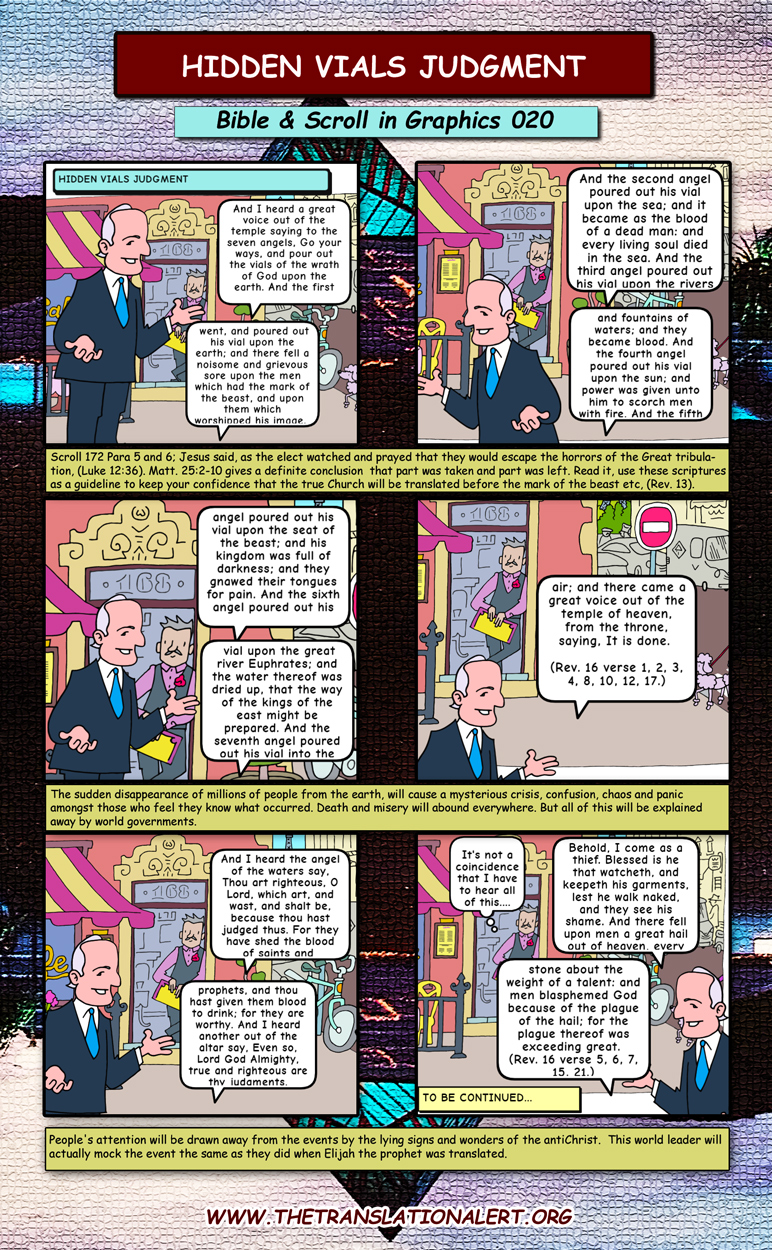 Rev. 16 verse 5, 6, 7, 15, 21. / And I heard the angel of the waters say, Thou art righteous, O Lord, which art, and wast, and shalt be, because thou hast judged thus. For they have shed the blood of saints and prophets, and thou hast given them blood to drink; for they are worthy. And I heard another out of the altar say, Even so, Lord God Almighty, true and righteous are thy judgments. Behold, I come as a thief. Blessed is he that watcheth, and keepeth his garments, lest he walk naked, and they see his shame. And there fell upon men a great hail out of heaven, every stone about the weight of a talent: and men blasphemed God because of the plague of the hail; for the plague thereof was exceeding great.

Scroll 172 Para 5 and 6. Jesus said, as the elect watched and prayed that they would escape the horrors of the Great tribulation, (Luke 12:36). Matt. 25:2-10 gives a definite conclusion  that part was taken and part was left. Read it, use these scriptures  as a guideline to keep your confidence that the true Church will be translated before the mark of the beast etc, (Rev. 13).

It’s probably not a coincidence that I have to hear all of this.

The sudden disappearance of millions of people from the earth, will cause a mysterious crisis, confusion, chaos and panic amongst those who feel they know what occurred. Death and misery will abound everywhere. But all of this will be explained away by world governments. People’s attention will be drawn away from the events by the lying signs and wonders of the antiChrist.  This world leader will actually mock the event the same as they did when Elijah the prophet was translated.