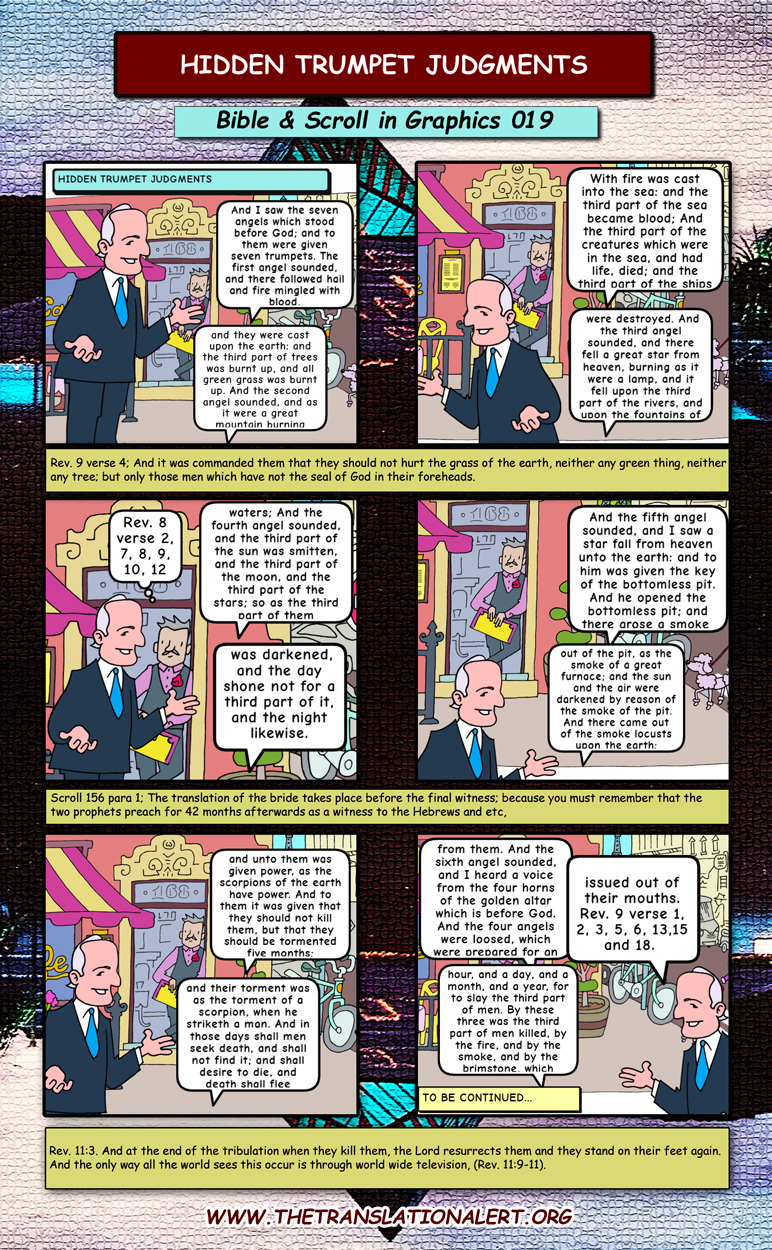 A) Rev. 9 verse 4; And it was commanded them that they should not hurt the grass of the earth, neither any green thing, neither any tree; but only those men which have not the seal of God in their foreheads.

Rev. 9: verse 1, 2, 3, 5, 6,13,15 and 18; And the fifth angel sounded, and I saw a star fall from heaven unto the earth: and to him was given the key of the bottomless pit. And he opened the bottomless pit; and there arose a smoke out of the pit, as the smoke of a great furnace; and the sun and the air were darkened by reason of the smoke of the pit. And there came out of the smoke locusts upon the earth: and unto them was given power, as the scorpions of the earth have power. And to them it was given that they should not kill them, but that they should be tormented five months: and their torment was as the torment of a scorpion, when he striketh a man. And in those days shall men seek death, and shall not find it; and shall desire to die, and death shall flee from them. And the sixth angel sounded, and I heard a voice from the four horns of the golden altar which is before God. And the four angels were loosed, which were prepared for an hour, and a day, and a month, and a year, for to slay the third part of men. By these three was the third part of men killed, by the fire, and by the smoke, and by the brimstone, which issued out of their mouths.

Scroll 156 para 1; The translation of the bride takes place before the final witness; because you must remember that the two prophets preach for 42 months afterwards as a witness to the Hebrews and etc.

Rev. 11:3. And at the end of the tribulation when they kill them, the Lord resurrects them and they stand on their feet again. And the only way all the world sees this occur is through world wide television, (Rev. 11:9-11).