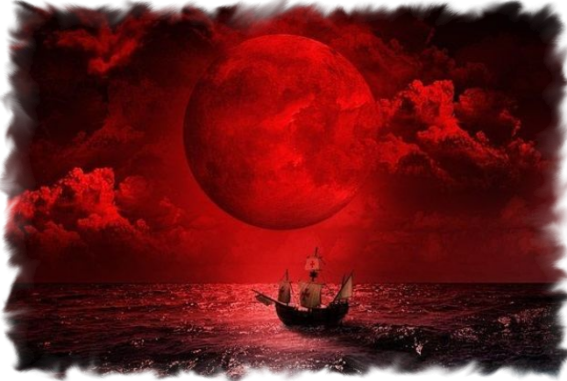 This seal spells serious anarchy, as Revelation 8:17 reads, “For the great day of his wrath is come; and who shall be able stand?” Today, we see and enjoy the sun, moon and stars but soon it will all change for those who miss the translation. Revelation 6:12-17 reads, “And I beheld when he had opened the sixth seal, and lo, there was a great earthquake; and the sun became black as sackcloth of hair, and the moon became as blood;”

This is a period after the translation, this seal opens with terror because God was going to step up the levels of his judgment for those who had the opportunity to make peace with God but rejected. Do not be one of those people. The earthquake was great, and who wants to be here to find out how many nations will experience the quake and the damage it will do. The sun became black as sackcloth of hair; this was more than an eclipse, it was total darkness. Read Exodus 10:21-23, “And the Lord said unto Moses, stretch out thine hand toward heaven, that there may be darkness over the land of Egypt, even darkness which may be felt.” This was a shadow of the real thing to come, which in the 6th seal becomes worldwide darkness. The moon became as blood, this is not just the known blood moon; this is judgment.

Verse 13 reads, “And the stars of heaven fell unto the earth, even as a fig tree casteth her untimely figs, when she is shaken of a mighty wind.” The heavenly stars are seen from every nation on earth, so when the stars begin to fall they will fall everywhere on those left behind after the translation of the true body of Christ. I never imagined what the star particle meteorite would look like, until I visited the Winslow meteor crater in Arizona, USA. This is a place where a meteorite hit the ground and created a hole 3 miles in diameter and over a quarter of a mile deep. When I touched the particle it was like steel. Imagine what that will mean, for heavy steel to fall on houses and fields and on men. When a star dies and shatters into parts they are considered meteors, but if those meteors come to earth it is considered meteorite. Imagine where you will be when these stars fall to earth on those who have rejected Christ. It will be violent to say the least. He who believes in Christ is saved but those who reject him are damned. Which side are you on before the stars literally fall from heaven as the bible has said?

Verse 14 reads, “And the heaven departed as a scroll when it is rolled together; and every mountain and island were moved out of their places.” And people hid themselves in the dens and in the rocks of the mountains and said to the mountains and rocks, fall on us, and hide us from the face of him that sitteth on the throne, and from the wrath of the Lamb. When these things begin to happen remember the bride is already gone. The woman and her remnant go through a time of tribulation for their purification. Remember Revelation 7:14, “These are they which came out of great tribulation, and have washed their robes, and made them white in the blood of the Lamb.” There will be so much devastation on earth during the great tribulation’s second half of 42 months. This world will never be the same. Imagine the conditions that would drive men of great pride, arrogance into corners, like wet rats in search of warmth. Imagine presidents and senators and military generals of all nations that missed the rapture looking for caves of the earth to hide in. When so called tough men and women wither like thirsty plants in the face of the agonies of the Great Tribulation.

Verse 15-16 reads, “And the kings of the earth, and the great men, and the rich men, and the chief captains, and the mighty men, and every bondman, and every free man, hid themselves in the dens and in the rocks of the mountains; and said to the mountains and rocks, Fall on us, and hide us from the face of him that sitteh on the throne, and from the wrath of the Lamb.” Ever imagined what will make men:

a. Hide themselves in dens and in the rocks of the mountains; we are talking about caves, holes, tunnels and dark covers in rocks and mountains. Watch little rats in the bush around rocky holes of the earth, seeking for refuge; that is how men will look like during the great tribulation. There will be no courtesy in the holes of the rocks of the mountains; and man and beast will fight for the hide outs. These beasts have not sinned but men have; sin weakens a man and makes him a prey to the beasts.

b. What will make men speak to a rock that has no life, saying fall on us and hide us? This is one of the lowest points in human history, man hiding from his maker. Helplessness takes a grip on those who missed the rapture and rejected Jesus Christ, when they had the opportunity. Today is that day of SALVATION, the only protection against the great tribulations.

c. Hide us from the face of him that sitteth on the throne. Now is the moment of truth, God is allowing his judgment to strike men on earth who rejected his word of love and mercy. For God so loved the world that he gave his Son, was now over. It was now judgment time and there will be no place to hide.

This Lamb was a sacrifice for the sins of men on the Cross of Calvary. Accepting the finished work of the Lamb assures one of salvation, escape from the great tribulation, and guarantees eternal life. Rejecting the sacrifice of the Lamb results in damnation and hell. According to Revelation 5:5-6 which reads, “And one of the elders saith unto me, weep not: behold, the Lion of the tribe of Judah, hath prevailed to open the book, and to lose the seven seals thereof. And I beheld, and, lo, in the midst of the throne and of the four beasts, and in the midst of the elders, stood a Lamb as it had been slain, having seven horns and seven eyes, which the seven Spirits of God are sent forth into all the earth.” Remember Revelation 3:1 which reads, “And unto the angel of the church in Sardis write; these things saith he that hath the seven Spirits of God, and the seven stars.”

The Lamb is Jesus Christ. Jesus Christ is the word that became flesh, St. John 1:14. The word was God, and in the beginning was the word that became flesh and sitting upon the throne in Revelation 5:7. When you scorn the goodness, the love and the gift of God which is Jesus Christ (St. John 3:16-18, For God so loved the world, that He gave his only begotten Son, that whosoever believeth in him should not perish, but have everlasting life  . . . .), only the wrath of the Lamb, and hell awaits you. Mercy seat of God is about to change to the judgment seat of God.

Let us imagine what the world would look like when the sun becomes black and the moon as blood in the midst of a great earthquake. Fear, terror, anger and despairs will grip the masses that missed the rapture. Are you perfectly sure where you will be at this time?