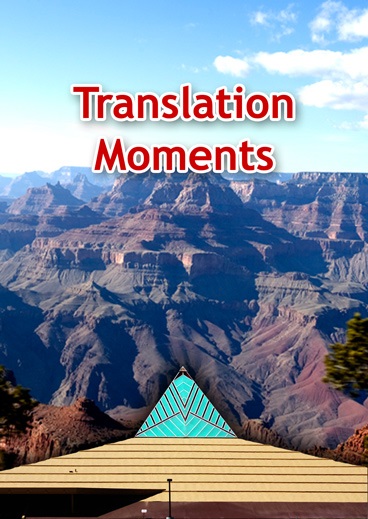 IT IS BY REVELATION ONLY

Revelation is one of the most important cornerstones of the Christian faith. It is impossible to be a true Christian without going through the process which others have gone through, especially in the bible. The revelation here is about who Jesus Christ really is. Some know Him as the Son of God, some as Father, God, some as the second person to God as it is with those who believe in what is called trinity, and others see him as the Holy Spirit. The apostles faced this dilemma, now it is your time. In Matt. 16:15, Jesus Christ asked a similar question, “But who say ye that I am?” The same question is posed to you today. In verse 14 some said, “He was John the Baptist, some Elias, and others Jeremiah, or one of the prophets.” But Peter said, “Thou art the Christ, the Son of the living God.” Then in verse 17, Jesus answered and said, “Blessed art thou Simon Barjona: for flesh and blood hath not revealed it unto thee, but my Father which is in heaven.”

First consider yourself blessed, if this revelation has come to you. This revelation can only come to you, not through flesh and blood but from the Father Who is in heaven. This is made clearer by these scriptures; first, Luke 10:22 reads, “All things are delivered to me of my Father; and no man knoweth who the Son is but the Father; and who the Father is, but the Son and he to whom the Son will reveal him.” This is an assuring scripture to those seeking the truth. The Son has to give you a revelation of who the Father is, otherwise you will never know. Then you wonder if the Son reveals the Father to you, who really is the Son? Many people think they know the Son, but the Son said nobody knows the Son but the Father. So, you may not really know who the Son is as you always thought–if you do not know the revelation of who the Father is.

Isaiah 9:6 reads, “For unto us a child is born, unto us a son is given: and the government shall be upon his shoulder: and his name shall be called Wonderful, Counselor, The mighty God, The everlasting Father, The Prince of Peace.” This is one of the best revelations about who Jesus is, but it is much more than that. At Christmas, which [as it is currently being celebrated] is a Roman Catholic religion formulation, people still look at Jesus Christ as the baby in a manger. It is more than that, there is real revelation in Jesus Christ and the Father will make it known to you; if the Son has revealed the Father to you.

The scripture reads in John 6:44, “no man can come to the Son except the Father which hath sent me draw him and I will raise him up at the last day.” This clearly makes the issue one of concern; because the Father needs to draw you to the Son, else you cannot come to the Son and you will never get to know the Father. John 17:2-3 reads, “As thou hast given him power over all flesh, that he should give eternal life to as many as thou hast given him. And this is eternal life, that they may know thee, the only true God, and Jesus Christ whom thou hast sent.” The Father has given the Son those He has allowed Him to give eternal life. There are those whom the Father has given to the Son and only they can receive eternal life. And this eternal life is only by knowing the only true God and Jesus Christ whom He has sent.

In Revelation 1:8 it reads, “I am Alpha and Omega, the beginning and the ending, saith the Lord, which is, (presently in heaven) which was (when He died on the cross and rose again) and which is to come (as the King of kings and Lord of lords at the translation and the millennium and the white throne), the Almighty. Do you realize that there is only one Almighty and He died at the cross and ‘was’; only the Son Jesus Christ died and was, but rose again, He was God in the flesh as man, God as Spirit cannot die and be referred to as ‘was’, only as man on the cross. As recorded in Revelation 1:18, “I am he that liveth, and was dead; and, behold, I am alive for evermore, Amen; and have the keys of hell and death.”

Revelation 22:6 is a revelation verse towards the closing of the final book of the bible. It is for the wise. It reads, “These sayings are faithful and true: and the Lord God of the holy prophets sent his angel to shew unto his servants the things which must shortly be done.” Here again God was still keeping a veil or camouflage over His real identity, but He is still the God of the holy prophets. Still a secret to some, who is this God of all? It is by revelation that anyone can know this. The Father must draw you to the Son, and the Son must reveal the Father to you, and that is where the revelation stands.

Also, Revelation 22:16 is a final arm of this revelation of who the God of the prophets and all of humanity is. Before closing the bible, God gave one more revelation, confirming among other things Genesis 1:1-2. It reads, “I Jesus have sent mine angel to testify unto you these things in the churches. I am the root and the offspring of David, and the bright and morning star.” The Root and Offspring of David. Think about that for a while. The Root is the Beginning, the Foundation, the Source and the Creator. According to Psalm 110:1, “The Lord said, unto my Lord, sit thou at my right hand, until I make thine enemies thy footstool.” David was talking about himself and the Lord who is greater than him; Jehovah of the Old Testament and the Jesus Christ of the New Testament.  Read Matt.22:41-45 and you will see another revelation.

In Revelation 22:16 God took off the mask, the veil or camouflage and spoke plainly; “I Jesus have sent mine angel….” Only God has angels and no more the secret of Revelation 22:6 which reads, “And the Lord God of the holy prophets sent his angel.” Acts 2:36 reads, “Therefore let all the house of Israel know assuredly, that God hath made that same Jesus, whom ye have crucified, both Lord and Christ.” This tells you the story about how God hid in the body of man in order to accomplish the work of reconciliation and restoration from the fall in the Garden of Eden. He finally came out open to those with an open heart saying, I am the first and the last, the Alpha and the Omega, the beginning and the ending. I am he that liveth and was dead; and behold I am alive for evermore, Amen; and have the keys of hell and of death (Revelation 1:8 &18). “I am the resurrection and the life” (John 11:25). In capping it up He said, no more secrets and declared in Revelation 22:16, “I JESUS HAVE SENT MINE ANGEL TO TESTIFY UNTO YOU THESE THINGS IN THE CHURCHES.” Now do you know who Jesus Christ is?

Translation moment 22
IT IS BY REVELATION ONLY