Hidden secrets of the millennium 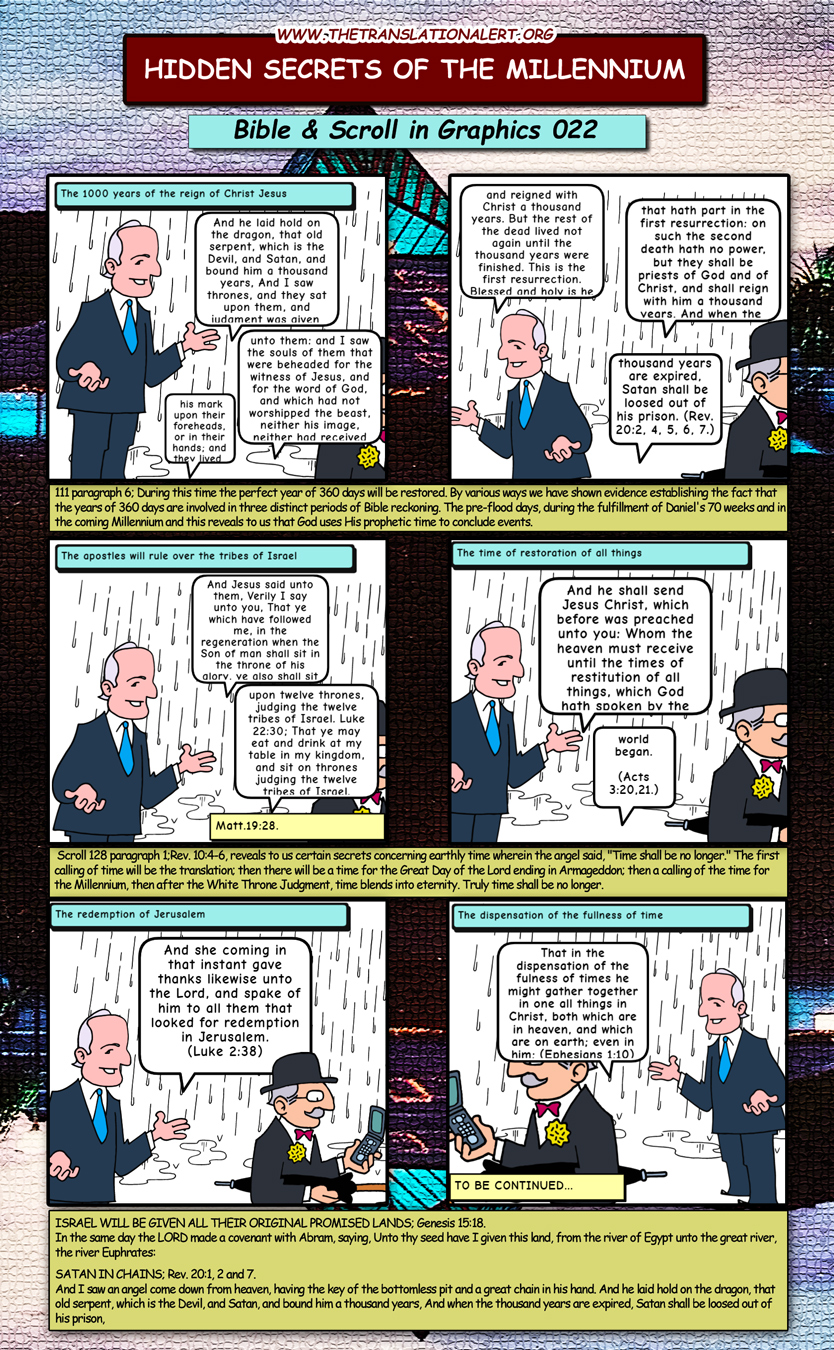 And he laid hold on the dragon, that old serpent, which is the Devil, and Satan, and bound him a thousand years, And I saw thrones, and they sat upon them, and judgment was given unto them: and I saw the souls of them that were beheaded for the witness of Jesus, and for the word of God, and which had not worshipped the beast, neither his image, neither had received his mark upon their foreheads, or in their hands; and they lived and reigned with Christ a thousand years. But the rest of the dead lived not again until the thousand years were finished. This is the first resurrection. Blessed and holy is he that hath part in the first resurrection: on such the second death hath no power, but they shall be priests of God and of Christ, and shall reign with him a thousand years. And when the thousand years are expired, Satan shall be loosed out of his prison,

The apostles will rule over the tribes of Israel; Matt.19:28.

And Jesus said unto them, Verily I say unto you, That ye which have followed me, in the regeneration when the Son of man shall sit in the throne of his glory, ye also shall sit upon twelve thrones, judging the twelve tribes of Israel. Luke 22:30; That ye may eat and drink at my table in my kingdom, and sit on thrones judging the twelve tribes of Israel.

And he shall send Jesus Christ, which before was preached unto you: Whom the heaven must receive until the times of restitution of all things, which God hath spoken by the mouth of all his holy prophets since the world began.

The redemption of Jerusalem; Luke 2:38. And she coming in that instant gave thanks likewise unto the Lord, and spake of him to all them that looked for redemption in Jerusalem.

Israel will be given all their original promised lands; Genesis 15:18. In the same day the LORD made a covenant with Abram, saying, Unto thy seed have I given this land, from the river of Egypt unto the great river, the river Euphrates:

And I saw an angel come down from heaven, having the key of the bottomless pit and a great chain in his hand. And he laid hold on the dragon, that old serpent, which is the Devil, and Satan, and bound him a thousand years, And when the thousand years are expired, Satan shall be loosed out of his prison,

111 paragraph 6; During this time the perfect year of 360 days will be restored. By various ways we have shown evidence establishing the fact that the years of 360 days are involved in three distinct periods of Bible reckoning. The pre-flood days, during the fulfillment of Daniel’s 70 weeks and in the coming Millennium and this reveals to us that God uses His prophetic time to conclude events.

Scroll 128 paragraph 1;Rev. 10:4-6, reveals to us certain secrets concerning earthly time wherein the angel said, “Time shall be no longer.” The first calling of time will be the translation; then there will be a time for the Great Day of the Lord ending in Armageddon; then a calling of the time for the Millennium, then after the White Throne Judgment, time blends into eternity. Truly time shall be no longer.

022 – Hidden secrets of the millennium in PDF