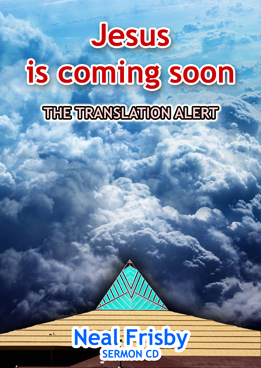 “This know also, that in the last days perilous times shall come” (2 Timothy 3). Perilous times will be here. The clock cannot turn it back. “Having a form of godliness, but denying the power thereof…” (v. 5). False doctrines will run into cults. People run into false gospels to escape the true word of God.

Jesus is the real life. There was a report about a man in San Diego who was killing women in their bathrooms. People are fulfilling what they have seen in horror movies. Husbands are killing wives, wives are killing husbands. They are teaching children about death in schools. They showed the children pictures of dead bodies. Teachers said that they are not prepared to deal with this (teaching children about death). Death should be taught from the point of view of the bible at home and in the Sunday school. Sunday school is the best place for a child. There are drugs in the schools. Kids are dying from drugs. Drug dealers are making millions off the addiction of young people to drugs.

Near-death experiences: Some of these may be true. What they found out is: a) Have no fear b) Have the Lord Jesus and you won’t fear death and c) Have faith in God. That is why I preach so hard, so you can go on with Jesus if something happens to you.

This is the worst time to fall away from the Lord. People think they have left the church or dropped out, but the Lord is separating. When there is economic crisis, they will come back to church. A day is coming when that kind of religion will not work with the Lord. “Now is the time to be before me and stay,” says the Lord.

People say there is a better life after death, so they are killing themselves. Paul was caught up to the third heaven. Paul did not commit suicide, but he was determined to finish his work. John saw the revelation of the Lord Jesus Christ, but he lived to finish his work.

People are fascinated with mob (Mafia) shows. There is death everywhere because we are at the end. There is even death at the Vatican. They have killed some popes. There are reports of bank fraud, intrigue and tie to the underworld. It’s like a soap opera there. The Lord Jesus is coming. The Prince of Life is coming. He is going to take His people with Him. When you hear so much about death, it means the Lord Jesus is coming. Anyone that is preaching this word, mean business and brings the true word of God to deliver the people, not gimmicks.

The movie, Ghost: In the last days, there will be familiar spirits and necromancy. They hailed Ghost  as a great movie. In the movie, someone came back from the dead, fell in love, and so on. If you see somebody come back, as in this case, the person is a demon. The rich man could not get Lazarus to come back. You have the Prince of Life with you. Never fear death. Young people, stay in Sunday school.

Stonehenge Monument in the UK: According to a report, there are circles, symbols and signs appearing in the fields. They claimed that some energy was doing this. Whether these signs are strange and cannot be figured out, they still point to the sign that Jesus is coming. It is the Lord allowing Satan to do these things. Positive and negative signs show Jesus is coming. What is written in the bible about the apocalypse is true. The antichrist is coming.

The planet started with a cycle of death. Life is with the Lord Jesus. The fascination with death shows that the pale horse of death is coming. The landscape of the planet will change from green to red. The landscape will be changed to blood. They won’t have time to bury the dead. If the axis shifts right, the wind will blow with such a powerful speed, it will change the planet. Death will be all over the place. Bible prophecies will bear this out.

“O death, where is thy sting? O grave, where is thy victory (1 Corinthians 15:55)? Paul wrote this before he died. He said, “Death will not sting me. I have been there. I know about it.” People, don’t fear death. Jesus has taken the sting of death away. I have preached hard enough. I am going to push you there (heaven).

“He that dwelleth in the secret place of the Most High, shall abide under the shadow of the Almighty” (Psalm 91:1). Praise the Lord, the Word of God. You will abide under the shadow of the Almighty. No victory for that grave. You have beaten it through Jesus. Fear nothing, fear the Lord only. “For all those things hath mine hands made…but to this man will I look, even to him that is poor and of a contrite spirit, and trembleth at my word.” (Isaiah 66: 1). The Lord said of all the things I have made, I will look to him that is of a contrite heart and trembles at my word. If you fear anything, fear the Lord and tremble at His word.

The word and eternity are together. The word is eternal and it is Jesus. Men can write books, there is nothing that is eternal but the word of God. In the latter days, perilous times shall come, but the Eternal One shall be on your side, no matter what Satan does. This is where life is, in the Lord Jesus. There will be days when you are going to want to hear this sermon. All of you within the range of this sermon, if you want to do anything for the Lord, it is now.

When the enemy comes, a standard will be raised up. The energy of the Spirit will move upon you. Before you leave the earth you want to give a testimony. Jesus is coming. The ark is ready. I am going to pray the Lord to guide you in these last days.

Note: Please read the alert along with Scroll 37, paragraph 3 “Will We Know One Another in Heaven The Same as Upon the Earth?”