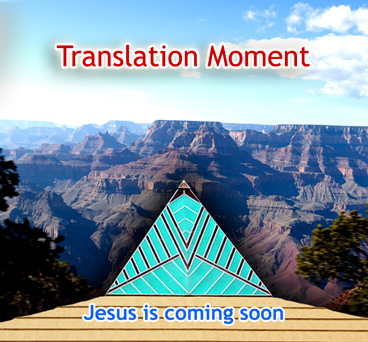 Have You Received the Holy Ghost Since You Believed?

John, the Baptist, bore witness to Jesus Christ. He preached repentance and baptized those who believed his message. He laid out some guidelines for people to use in judging themselves (Luke 3: 11 – 14). For example he told the people that if they had two coats, they should give one to the person who had no coat. He warned the publicans to stop defrauding the people by collecting more taxes than the required amount. He told the soldiers to avoid violence, false accusation against the people, and to be content with their wages. These were the directives that he set forth to help people seek for repentance and straighten out their lives before coming to God through the baptism of John.

However, John made the following clear and prophetic statement to point the people to another baptism that superseded his own preliminary baptism: “I indeed baptize you with water; but one mightier than I cometh, the latchet of whose shoes I am not worthy to unloose: He shall baptize you with the Holy Ghost and fire” (Luke 3: 16).

In Acts 19: 1-6, Apostle Paul found some faithful brethren in Ephesus who already believed. He asked them, “Have you received the Holy Ghost since you believed?” They answered, “We have not so much as heard whether there be any Holy Ghost.” Then Paul said, “John [the Baptist] verily baptized with the baptism of repentance saying unto the people that they should believe on him which should come after him, that is, on Christ Jesus.” When these brethren heard this, they were baptized in the name of the Lord Jesus Christ. Paul laid hands on them and they were baptized in the Holy Ghost and spoke in tongues, and prophesied (v. 6).

Look at what the power of the Holy Ghost does: it brings to bear evidence in the face of humanity to confirm the words of Jesus Christ among the masses. Jesus said in Mark 16; 15 -18, “Go ye into all the world and preach the gospel to every creature. He that believeth and is baptized [in the name of the Lord Jesus Christ] shall be saved; but he that believeth not shall be damned. And these signs shall follow them that believe; in my name [the Lord Jesus Christ] shall they cast out devils; they shall speak with new tongues; they shall take up serpents; and if they drink any deadly thing, it shall not hurt them; they shall lay hands on the sick and they shall recover.” This is confirmatory evidence or witness to the lost that Jesus Christ is alive and well. He is the same yesterday, today and forever. He stands by His Word.

The problem is that many believers get thrilled by the speaking in tongue manifestation that they forget the real purpose of the Holy Ghost baptism—the power that comes with it. Tongues are mainly for self-edification and prayer in the Spirit (1 Corinthians 14: 2, 4). When we can no longer pray with understanding, the Spirit helps our infirmity (Romans 8: 26).

The baptism of the Holy Spirit brings an enduement with power. Many have the power, but they do not use it because of ignorance and/or fear. It is supernatural power that is given to true believers to confirm that Jesus Christ is alive. Are you one of those who has been saved and filled with the Holy Ghost, who is very content with just speaking in tongues, while many people are dying daily without Christ?

Listen: according to the late Evangelist T. L. Osborn, “When a Christian ceases to win souls [witnessing], the fire in his own soul will cease to burn. The power of the Holy Ghost becomes a traditional doctrine instead of a soul-winning force.” Apostle Paul said in 1 Thessalonians 1: 5, “For our gospel came not in words only, but also in power, and in the Holy Ghost, and in much assurance.”

The purpose of a Spirit-filled life is to demonstrate the supernatural power of our Living God so that the unsaved multitudes will abandon their dead gods to “call on the Name of the Lord and be delivered” (Joel 2: 32).  The main purpose of the Holy Ghost baptism is to endue believers with power to witness or evangelize. This can be done by preaching the gospel with evidence namely miracles, signs and wonders through the power of the Holy Spirit. God’s miraculous presence must be in our lives in order to see convincing results in soul-winning. Practice what you preach and that should make a difference with evidence.

TRANSLATION MOMENT 19
Have You Received the Holy Ghost Since You Believed?